UPDATE – Following the disqualification of the #51 AF Corse Ferrari of James Calado and Alessandro Pier Guidi for ride-height infringements discovered during post-race scrutineering, the #92 Porsche 911 is promoted to the LMGTE Pro class win. The sister #91 Porsche now moves up to second and the #97 Aston Martin third.

Today’s 4 Hours of Shanghai provided what could arguably be said was one of the best races in recent FIA WEC history after Gustavo Menezes, Norman Nato and Bruno Senna fought their R-13 Gibson through the pack to give Rebellion Racing its second overall WEC victory (and the first on-track victory for a privateer team). Senna’s win in LMP1 now makes him the only driver to have taken class wins in every WEC category!

After an interesting start, where the two Ginettas and #7 Toyota passed pole-sitter Nato before the start line (earning all three cars a drive-through penalty), the car dropped from first to sixth overall.

The two Toyota TS050 Hybrids, having been subject to the ‘success ballast’ rules for their wins in Silverstone and Fuji, were never really in the hunt for the win. Despite both of the hybrid cars leading for a period, the superior top speed of the Rebellion had them pipped on the straight as the hybrid power dwindled. 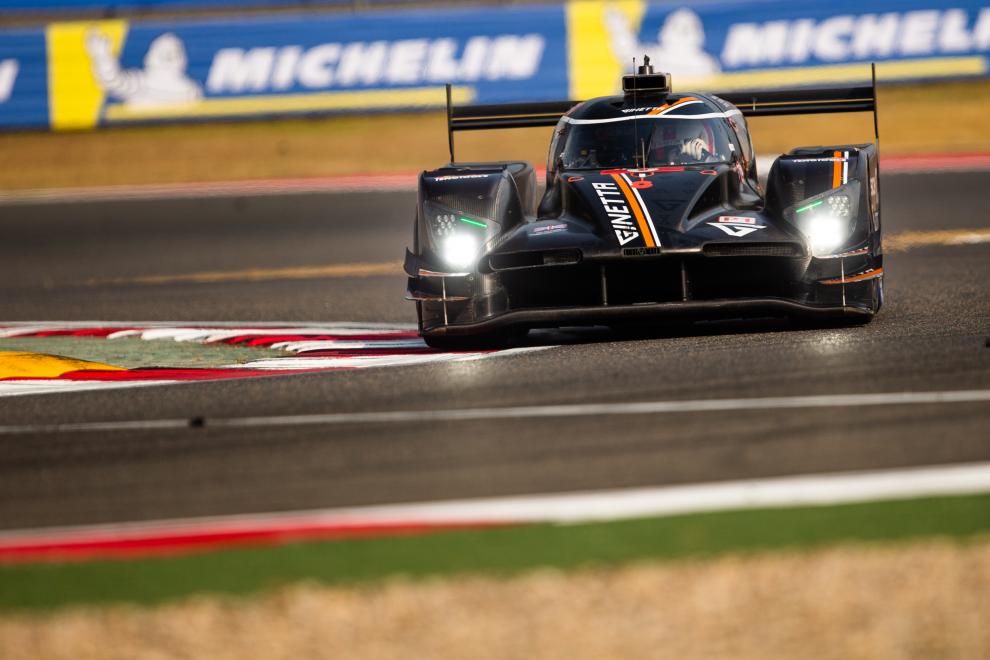 The two Ginettas finished fourth (#5) and fifth (#6). The pair lead the race during the first hour, sadly due to their jump-start, for which they were handed a drive-through penalty. The cars proved to have the speed this time out but ultimately, issues in the pits put paid to any hope of a podium finish – for Ginetta to grab a podium in Bahrain the team really need to practice, practice, practice their pit routines.

In the LMP2 class, JOTA Sport took a comfortable win with their #38 Goodyear shod and sponsored ORECA 07. The second JOTA run car, the #37 Jackie Chan DC Racing ORECA finished second 17 seconds behind making it a 1-2 for Goodyear and their first win in the WEC.

The #22 United Autosports ORECA of Phil Hanson, Filipe Albuquerque and Paul Di Resta closed out the LMP2 podium a further 4.6 seconds adrift making them the first of the Michelin tyred cars. The pace was clearly there for the UA car but issues with debris (the screen visor detaching and getting caught in the air intake) put paid to any challenge for the overall win.

Moving on to LMGTE Pro, AF Corse gave Ferrari its first ever Pro class victory at Shanghai. The #51 488 GTE of Alessandro Pier Guidi and James Calado took advantage of tactics and bad luck for the #95 Aston Martin to grab their first win of the season.

“This isn’t a track for Ferrari, but the speed was there, we had a great race,” said Calado after the finish. “We were fortunate because of the trouble for the Aston Martin but that’s racing, we’re in the title race now.”

Aston Martin Racing’s #95 Vantage clearly had the pace of the class and looked on course for the win but a puncture for Nicki Thiim during the in the penultimate hour forced him into the pits and brought out the race’s only FCY. When the race restarted the Dane Train car was last but fought back to finish fifth in class.

The #92 Porsche 911 RSR – 19 of Kristensen and Estre finished second, some 6.7 seconds behind the Ferrari with the sister #91 car closing out the podium in third place. 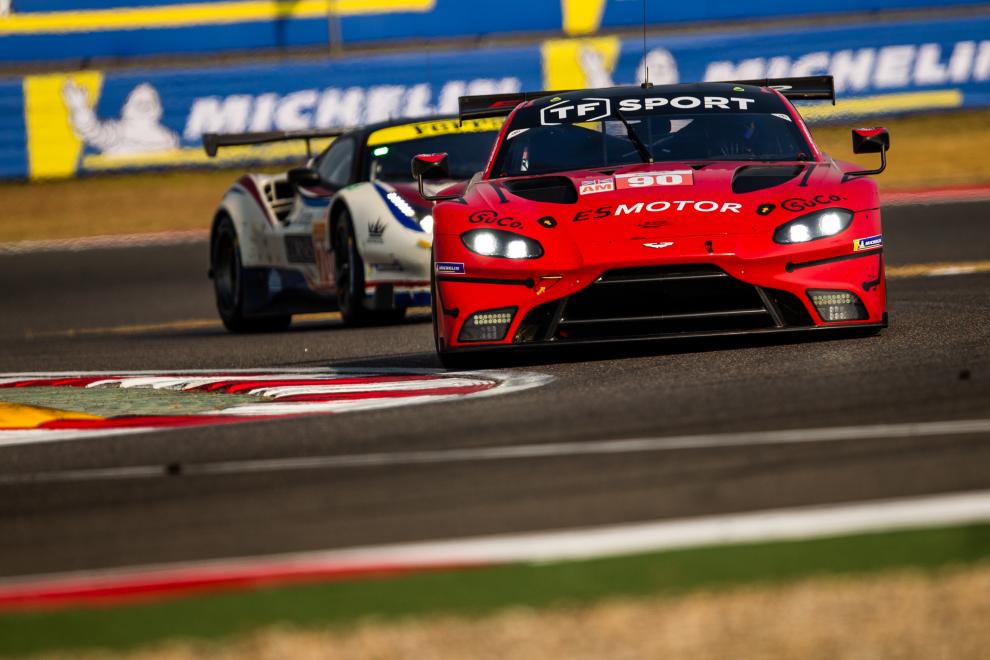 TF Sport claimed their second LMGTE Am win in a row after Charlie Eastwood brought the bright red Aston Martin Vantage AMR home 16 seconds ahead of the #56 Porsche 911 RSR of Team Project 1.

“We actually were fortunate with penalties and incidents for the other cars, we’re very happy for the win,” said Salih Yoluc who’s race opening double stint contributed hugely to the team’s overall win.

Closing out the Am podium were Aston Martin’s Paul Dalla Lana, Darren Turner and Ross Gunn in their #98 Vantage, the trio having recovered spectacularly from last place after a first lap shunt for which Egidio Perfetti in the #56 Project 1 Porsche earned himself a drive-through penalty.