As the hours tick down to the World Endurance Championship (WEC) season-opener Six hours of Silverstone on Sunday Nick Holland takes a look at the prospects of a battle at the front of the race for first blood. Firstly for completeness, a review of the grid, and the starting drivers – 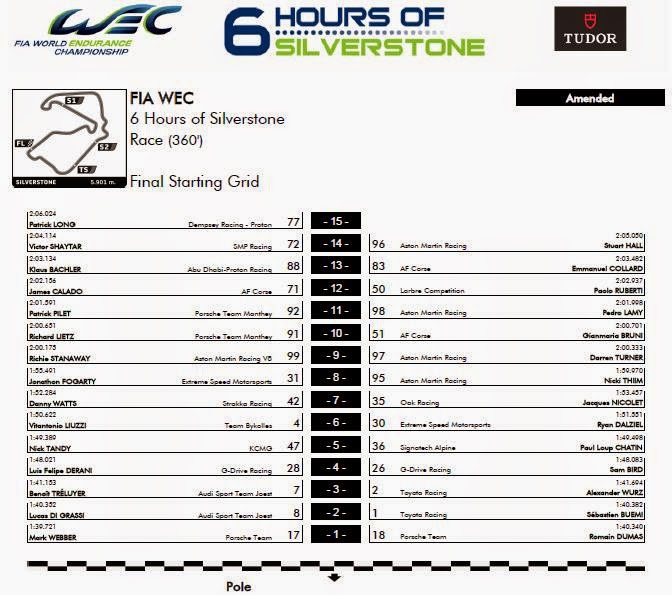 The weather forecast for the area appears to have improved although, as every race fan knows, Silverstone does have its own micro-climate so there always remains the possibility of localised showers and if the 7pm forecast rain arrives earlier than expected, it could lead to a messy climax to the day’s events as per last year. 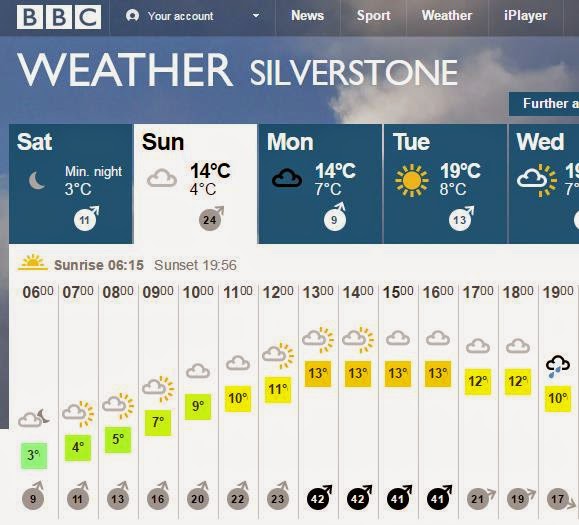 The most notable features would appear to be  lower temperatures than Friday, though Saturday should have allowed everyone time to adjust to these.  Higher gusting winds from the prevailing South-West throughout the afternoon could be a factor.

With the circuit being oriented roughly North-South the wind gusts should be from Vale / Stowe up and slightly across the Hangar Straight, so although variable in strength should have a limited impact on car stability. 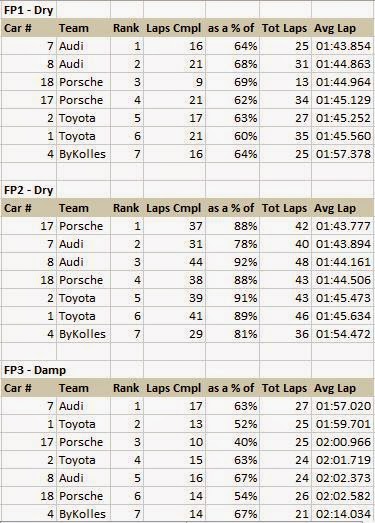 Having conducted analysis of Free Practice performance, allowing for the track to clean-up etc.. and omitting the weather that impacted on FP3, its fair to say that FP2 appears to whet the appetite for a titanic struggle between Porsche and Audi, possibly with Toyota in the wings to pick-up the pieces.

Referring back to the grid, with Audi #8 and #7 lined up behind the pole-sitting #17 Porsche on the inside of Abbey, it would not be a surprise to see a fight ensue at the Village complex!

To some extent Toyota appear to have come to the party on the grid, but looking at longer runs, there may be some late nights ahead in Cologne to investigate where a little more pace can be found.

The stage is set and the prospects look good for an enthralling 6 hour race at Silverstone.  Certainly if you’re free and in the area with time on your hands it should be extremely good value entertainment.  If not tune in by whatever means possible for the start of the fastest and greatest Sportscar season perhaps in a generation !